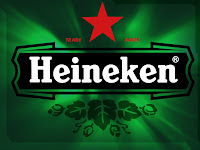 Earlier this week, I mentioned another repeat client on the horizon.  Well, starting this week, I'm officially apart of the 2011 Heineken USA Tour!  Events are scheduled almost every Thursday, Friday and Saturday through the end of the year.  Formula Street is the marketing company behind the tour.  If you haven't already, sign up with them online.  I'm really impressed so far!


There is a large team of girls, so I will not be working every event, but I'm sure I'll be working many.  I was honored to have the opportunity to participate as a Team Lead, but with so many weekends in the mix and my personal need to spend time with my hubby, I decided remaining a Brand Ambassador is the right position for me on the tour.
Anyway, the Heineken beer portfolio includes Heineken, Heineken Light, Newcastle, Dos Equis, Amstel Light, Tecate and Tecate Light as well as a few others.  Heineken has been brewed since 1863 and was the FIRST imported beer to reach America's shores in the 1880's.
To start the year, the Heineken USA Tucson team will focus on Tecate and Dos Equis. 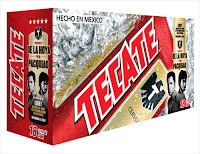 Tecate was born in 1944 in the small town of Tecate, Mexico.  In 1954, Cerveceria Cuauhtemoc acquired the beer and launched the brand on a national scale.  Tecate is also the official beer of boxing!  Mainly our Hispanic team members will focus on this account, but some of the non-Spanish speaking ladies might be able to work a shift or two.  The Tecate promotion will last until May 7th, when the Manny Pacquaio vs. Sugar Shane Mosley boxing match occurs!

Dos Equis Lager and Dos Equis Ambar were created in 1897 by a German brewer who blended his brewing style with Mexican tradition in order to celebrate the upcoming 20th century.  The Lager hit American soil in 1983 and today is the #1  Mexican beer sold on draught.  The Dos Equis Lager taste is crisp, golden and refreshing!  The Ambar hit American soil in 1973 and is considered the Lager's dark, passionate, moody cousin!  Dos Equis Ambar is a full-bodied, slightly spicy beer with a caramel taste that is well structured, which creates a long finish.

The Dos Equis Tour will be in full force until Cinco de Mayo!  But don't worry, we'll be showing patrons "The Lost Art of Cinco", so you can enjoy Cinco De Mayo in an interesting way.  Just ask the Most Interesting Man :)
In May, the team will focus on some of the other Heineken Brands.  The Heineken Tour is ALL OVER the US, so look for a local team in your area.  Check back for pictures and more fun from the Heineken USA 2011 Tour!
***Interested in working with promotional companies?  Click Here***
Posted by Greer Carlson at 5:24 AM

Greer Carlson
My life is Random, more random than I would have ever dreamed. I married an amazing guy, but this amazing guy has a job that moves us around. Seven times in two years to be exact! Moving that many times makes success in a career a bit of a challenge, but I’m up for it! My plan is to make a steady income off Random Day Jobs. I’ll stick with jobs I know including on camera work (commercials, hosting, corporate videos, etc), promotional work as a brand ambassador, tradeshow spokesmodel and writing, while remaining open minded to new things! I'm going to share my journey. Hopefully, I can make some money, but at the absolute least, maybe I can inspire someone to think outside the corporate career box and make a living (or at least a few bucks) for themselves!

Promote Your Page Too